We just released a What is Bitcoin in 2 mins video:

I along with Mahin and Saurabh started zebpay, one of India’s leading bitcoin company. Mahin, my co-founder has been involved with bitcoins since 2011, which in bitcoin world is from the beginning. He had also started India’s first bitcoin company in early 2013. We started zebpay with a mission to bring bitcoins to everyone for everyday use.

Want to know why bitcoin is revolutionary and why you should own at least a few, watch the 20 min video presentation I did ‘Bitcoins, a simple explanation’ at India’s largest bitcoin conference hosted by us in March this year. 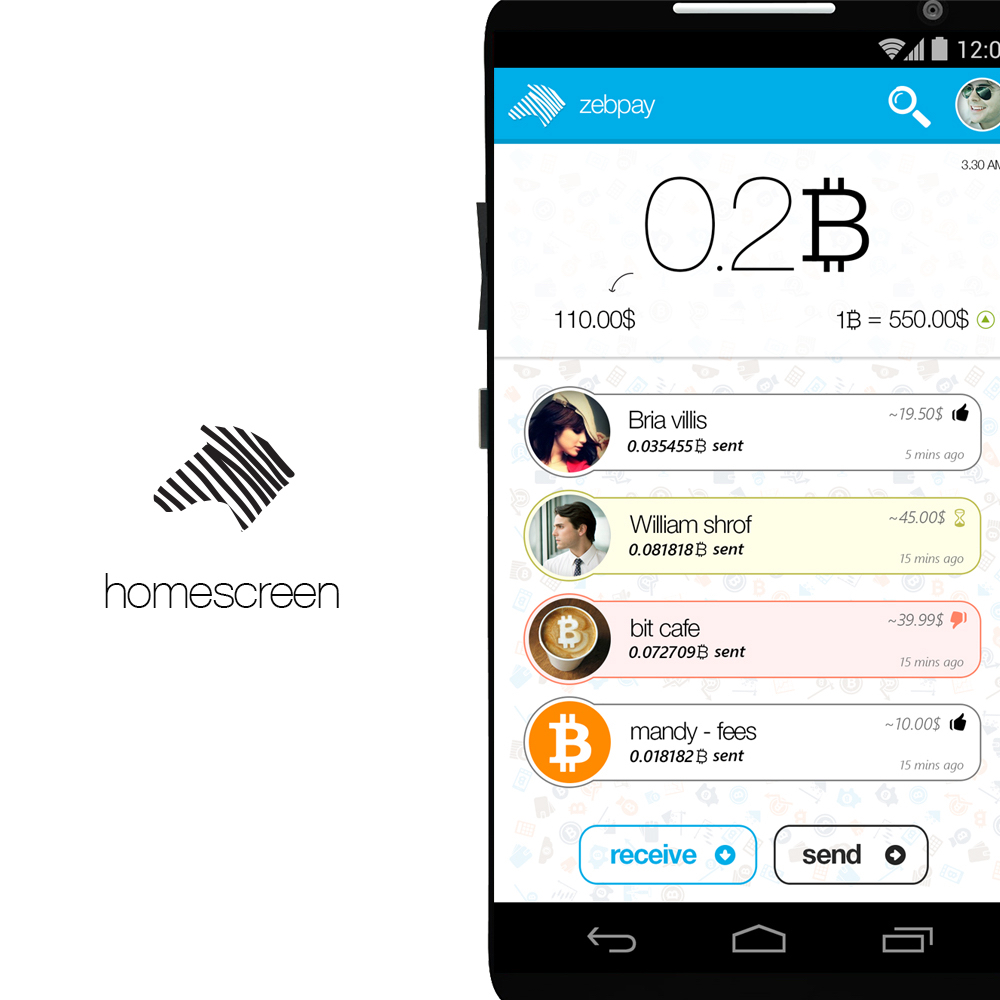 Soon you will be able to do airtime top up with bitcoins.

Keep your eyes open for bitcoins, you’ll increasingly see it is one of the world’s most important developments.

Delivering on the promise to provide users with easiest way to buy / sell bitcoins, today’s release adds on features needed for fast and error-free transactions. These features are available to all existing and new users who download the latest version and add significantly to Zebpay’s prominent features.

In a span of 6 months, Zebpay has become the biggest bitcoin company in India. Crossing 25,000 downloads, Zebpay did Rs 20 crores ($3 million) turnover and 30,000 transactions in February 2016. And Indians topped up airtime and purchased vouchers with bitcoins worth Rs 10 lacs ($15,000) last month using Zebpay app.

Users can now see their Rs balance in Zebpay app. When users sell bitcoins, their Zebpay Rs account will be credited. A user can either withdraw this amount to his / her bank account or use it to instantly buy bitcoins in future. For pro users, rather than having to do a bank transfer for every buy and sell, you can now simply maintain a Rs balance in your Zebpay Rs account.

Yet another huge feature launched for pro bitcoiners. Users can now set a buy (bid) or sell (ask) price for buying / selling bitcoins. Zebpay will execute this order on finding a matching offer. So now, you can set prices and be free while Zebpay will take care of getting the best price for you!

The most requested feature from users is finally on the floor. Now users can see the bitcoin network transaction id when they send bitcoins to a bitcoin address. This means no need to call customer support to find out the status of transaction. Users can simply click on the transaction id and check the status by themselves. This will also save Zebpay, a few calls especially when the bitcoin network gets a little busy 🙂

We started Zebpay with a mission to make bitcoins simple. We are focused on providing the simplest way for users to buy, sell, store and spend bitcoins. Today we are excited to launch two huge new features for our pro users on Android. And coming very soon on iPhone.

Our users have appreciated our hard work. Our Android app is highly rated at 4.4 stars out of 5 and the ratings are climbing every month. And the reviews and forums are full of congratulatory messages from our users appreciating Zebpay’s simplicity and our customer service.

China did a record breaking volume of Rs 20,000 crores in only 24 hours this week. India is just getting started. Zebpay is working hard to make sure that Indians get the best bitcoin experience in the world.

What entrepreneurs can learn from Bitcoins

Who moved my Bitcoins?